Bhangra, Celtic, Electronica.... Tabla, Sitar, Violin, Dhol, Dholak, Guitar.... Not usually genres, or instruments that you see in the same phrase, or even on the same stage. But for Vancouver band Delhi 2 Dublin, this is an all to real reality. And an amazing reality at that. I first heard of D2D this year actually, playing at the Pacific National Exhibition (PNE) in Vancouver, and the immediate thought that came to my mind was, "Well this is an interesting mix......BUT IT WORKS. I have to interview these guys." Well here we are a couple weeks later and what do you know a D2D interview. D2D is comprised of 3 core members, Tarun Nayar (Tabla, Electronics), Sanjay Seran (Vocals), and Ravi Binning (Dhol, Dholak). And then they have their live performers, Andrew Kim (Electric Sitar, Guitar), James Hussain (Guitar), Serena Eades (Violin), and Jaron Freeman-Fox (Violin, Guitar). IF you haven't been to a live D2D show, I strongly urge you to go if they come to your city. They are so full of energy, and give an amazing show.

ITS - How did you guys form as a band and where did the name come from?
Sanjay - "Happy accident... we came together in 2006 for a collaboration at Celtic Fest. The name? Well we mash up Irish and Indian stuff... so... :)"
ITS - Who have been your biggest inspirations as a band, and personally?
Sanjay - "We're inspired by anyone blazing their own trail - we kinda do our own thing, and respect others who do as well. Particularly when it comes to radical new forms of global bass music. Peeps like Die Antwoord, Das Racist, Manu Chao, Nitin Sawhney, Buraka Som Sistema, Bomba Estereo. Lots of electronic music, from the mainstream (chase and status) to the esoteric (four tet, burial, breakage). And lots of old 80s and 90s stuff. Personally, I'm inspired by people who manage to navigate this world with strength and kindness :)"
ITS - You just finished off a massive summer tour at the Pacific National Exhibition in Vancouver, BC, what were some highlights, and where was your favorite place to play and why?
Sanjay - "Hmmm... the theme of this summer for us was 'way the fuck out there'. We played Haida Gwaii for the Edge of the World fest. That was awesome. Roeland, the director, took us out on his boat for some salmon fishing the day before we played. That was radical! We caught and ate so much good seafood. We also played Yellowknife, Folk on the Rocks, and got to see the midnight sun. Way cool."
ITS - What does the rest of 2014 hold for D2D
Sanjay - "We're playing Canadian dates until late Oct, when it looks like we'll be traveling to Bali and Malaysia for some festivals over there. In Nov we're in California, and Dec we head to Australia. We're working on our 4th studio album at the moment, so somewhere in there we have to, erm, finish our album."
ITS - Let's get a little personal, what do you guys do for day jobs?
Sanjay - "We play music in this band called Delhi 2 Dublin"
ITS - Final question- a fun question I like to throw in, what do you guys do to get pumped up for a show?
Sanjay - "Coke. Lots of coke. Jokes. We're actually pretty clean. Our pre-show ritual is secret tho. Can't tell you all our secrets."
If you want to follow D2D on social media, and find out about upcoming shows you can check them out the following ways
facebook.com/delhi2dublin
twitter.com/delhi2dublin
instagram.com/delhi2dublin
https://www.youtube.com/channel/UCib-on0fYmN9M89xkpW-kMA
And you can check out their live performance of "Our House" here 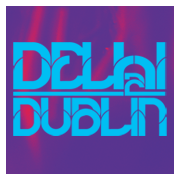